PreviousHappy 7th Birthday!
NextHow I Ended Up In VC with Pippa Lamb 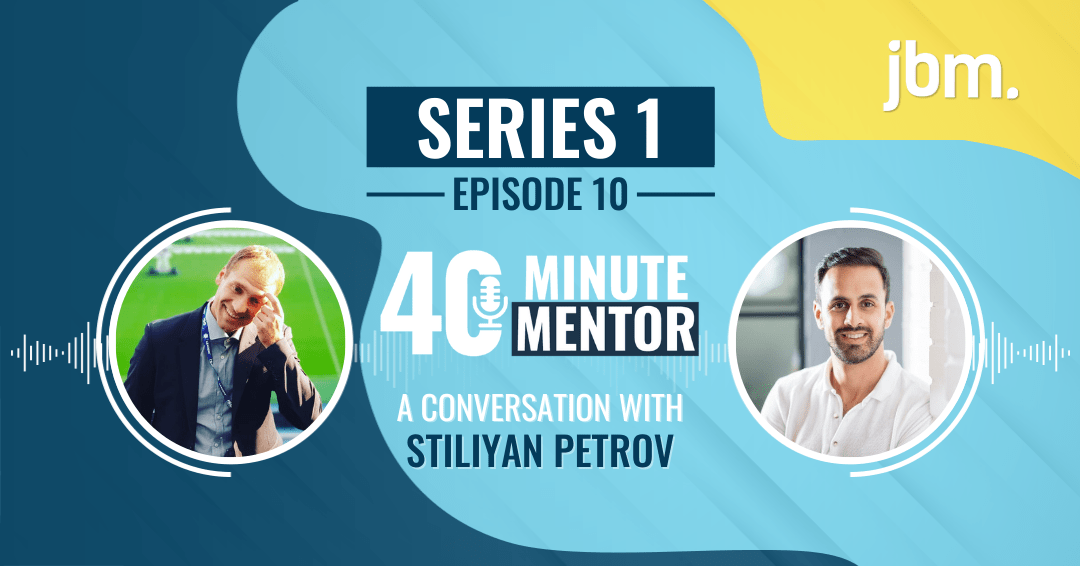 Having started his professional football career in Bulgaria, Stiliyan joined Celtic, in 1999, where he went on to win ten trophies, including four Scottish Premier League titles. Following his success with Celtic, he moved to Aston Villa, ultimately becoming the club’s captain in 2009, leading the team to the semi-finals of the FA Cup and the final of the League Cup in his first season.

With his career going from strength to strength, everything changed for Stiliyan in March 2012 when after going for some routine medical tests after a game, he was diagnosed with Leukaemia.

He tackled this challenging part of his life with an incredible bravery and positivity and ultimately successfully beat the cancer, although the road to recovery took its toll and despite getting back to being fit and healthy, he ultimately had to retire from the professional game in May 2013.

Stiliyan is extremely honest and open about the struggles he went through and it was amazing to sit down with him to learn more about his incredible career story and what he’s taken from both the highs and the lows so far.

In this interview we talk about so many interesting and important topics including:

As an avid Aston Villa football fan, I’ve followed Stiliyan’s journey throughout his career and it was a true honour to sit down with him and learn more about his life on and off the pitch.

What he’s achieved is truly  inspiring and it’s incredible to see how he’s managed to come back from such adversity to continue pursuing a career and life around the game he loves.

Meeting Stiliyan dispelled a lot of the stereotypes I had about footballers. He is warm and very down to earth, honest and generous with his time and ultimately a very loyal, family man with strong values and a genuine desire to help others.

I hope you enjoy listening to this very special episode and take some inspiration from Stiliyan’s amazing story and his wise mentorship.

If you want to find out more about the Stiliyan Petrov Foundation and how you can help its mission to revolutionise the way leukaemia and cancer are treated, check out the Foundation’s website following – www.thestiliyanpetrovfoundation.com/phone/i…ex.html

We’re always keen to get feedback so if you have any thoughts once you’ve listened to this interview just drop me an email at ku.oc.cmbj@semaj 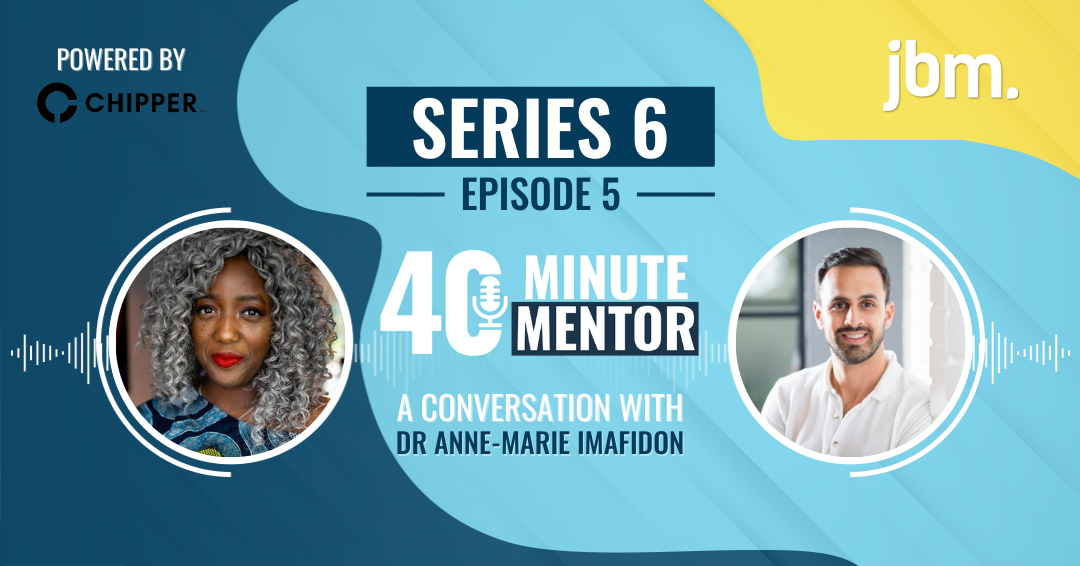 Changing The Face Of STEM With Dr Anne-Marie Imafidon MBE 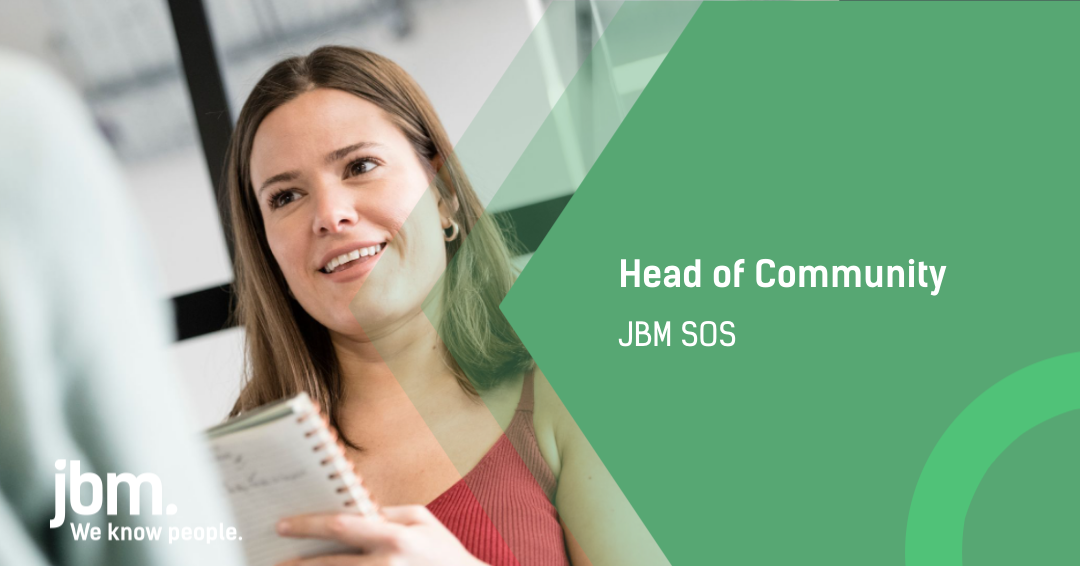 JBM SOS are looking for a brand new JBMer to join us as Head of Community. Find out more about JBM SOS and the role. 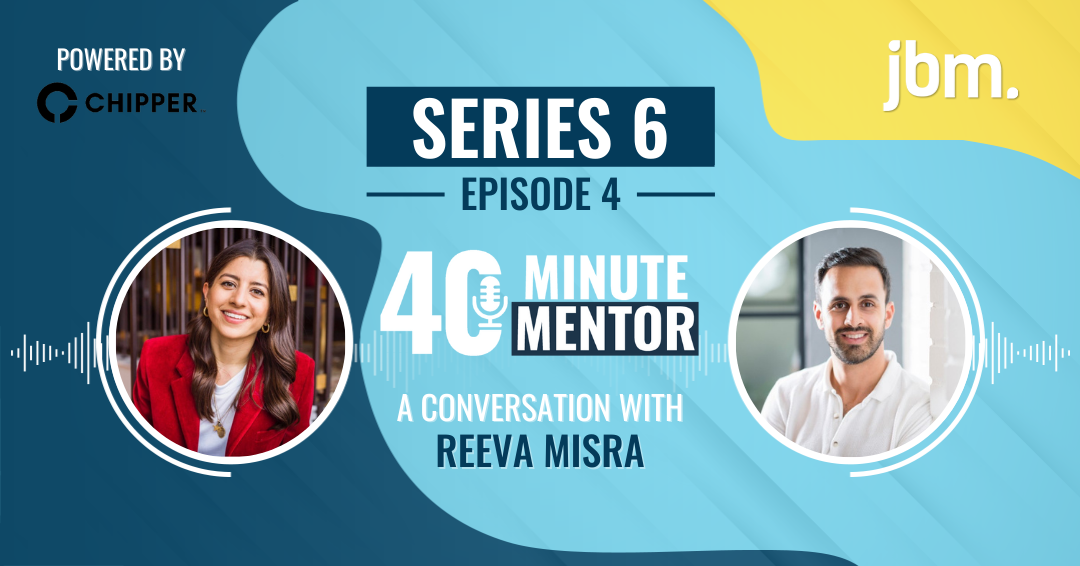 In this 40 Minute Mentor episode, we’re joined by Founder and CEO of Walking on Earth, Reeva Misra.