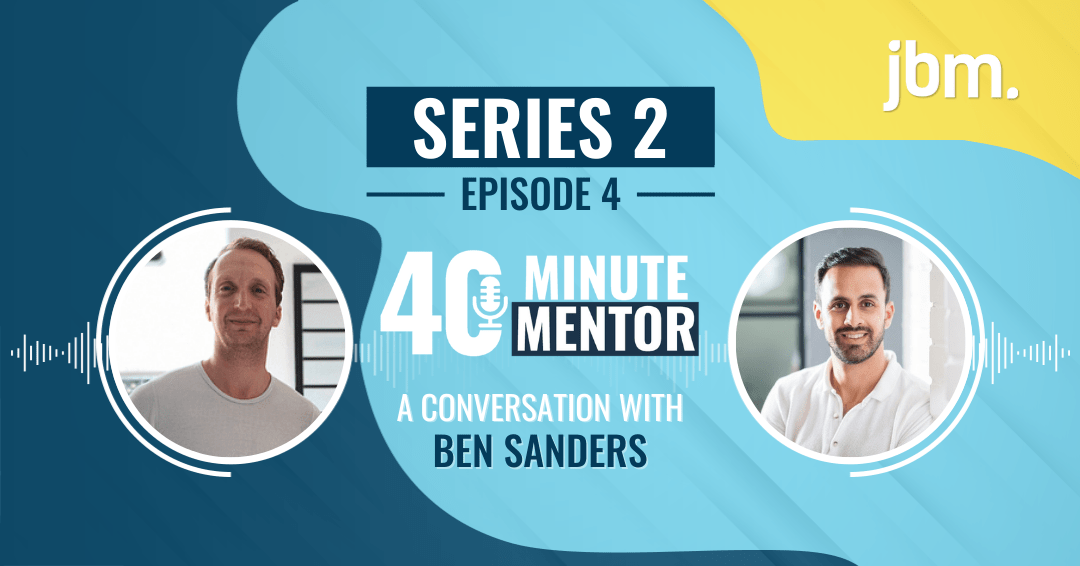 Today’s guest and our first 40 Minute Mentor of 2020 is the brilliant Ben Sanders, who is the MD for Europe at the Tech Scale Up Pollen.

Pollen, formerly known as Verve, is one of the top 10 fastest growing UK scale-ups and a global leader in word-of-mouth sales in the live entertainment and travel industries.

As MD for Europe, Ben leads a team of over 100 people, and he has played a key role in the growth of their marketplace, which has been turbo charged by a recent £70m Series C Funding round.

Ben started his career in Consulting at Bain & Company where he spent just under 5 years before pivoting into Fintech in 2014 with Worldpay. He was subsequently headhunted by the UK Digital Bank Pockit as COO in 2016, despite having no previous COO experience, and in that time achieved significant successes – scaling the team to over 70 people and winning multiple awards.

Ben has achieved some very impressive feats during his career, and it was great to get a chance to talk to him about his diverse experience so far (which has also included spending time as a Nightclub promoter) and share his advice for others who want to do the same.

Some of the highlights from our chat include:

• How Ben successfully made the jump into being a COO, and the lessons he learned from his time at Pockit, as well as his advice for others looking to make a step change in their own careers

• And finally, Ben’s guidance for building and leading high performing teams and his thoughts on the importance of getting culture right

Having talked to a lot of candidates who want to make the move from Consulting into Fintech, it was fascinating to hear Ben’s experience and get his candid advice for people looking to make the same move that he did.

Ben is one of the nicest and most impressive people I know in Tech. He was open and honest during our conversation and he shared some fantastic insights that I’m delighted to be able to share with you in this episode. I hope you’ll get as much out of it as I did.

I’d love to hear your thoughts on this episode, so please do get in touch at ku.oc.cmbj@semaj

If you want to find out more about Ben check out his LinkedIn profile – https://www.linkedin.com/in/ben-sanders-b280716/

If you want to find out more about Pollen you can have a look at their website – https://pollen.co/uk/ 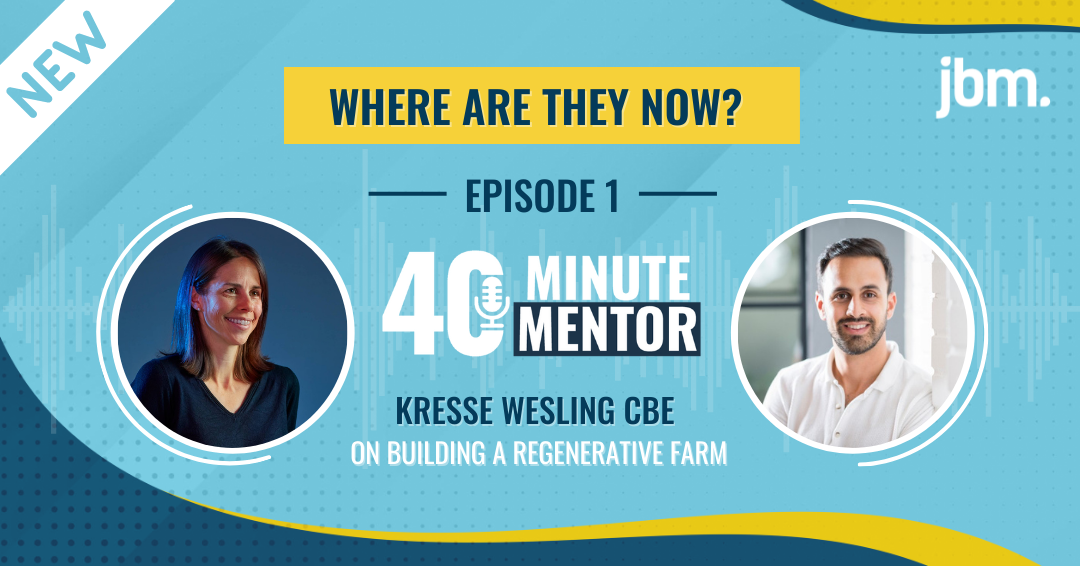 Where Are They Now: Kresse Wesling CBE On Building A Regenerative Farm

In this ‘Where Are They Now’ episode, we’re joined by Kresse Wesling CBE, an award-winning environmental entrepreneur, and JBM Board Advisor. 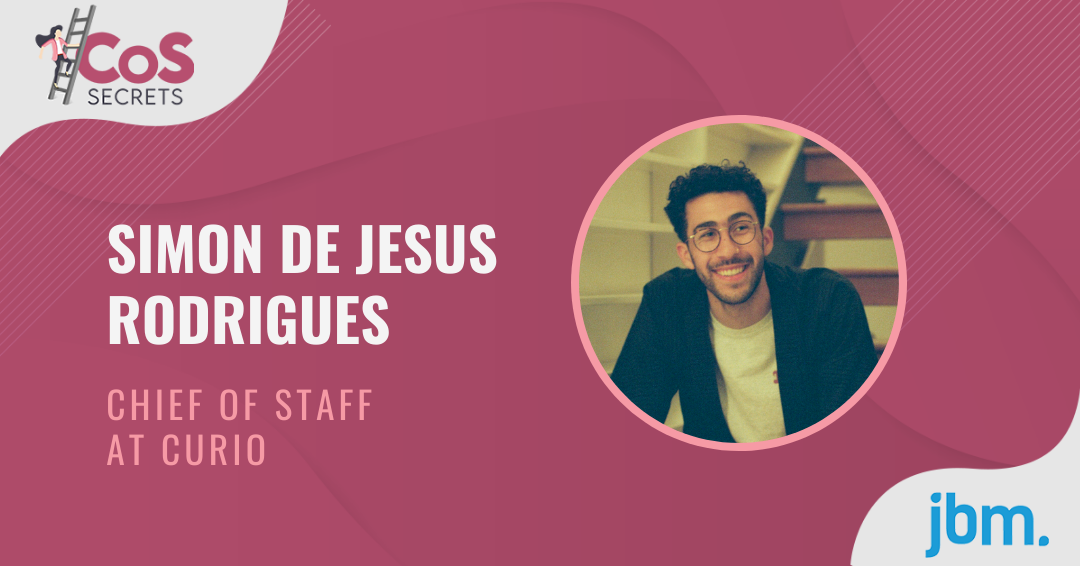 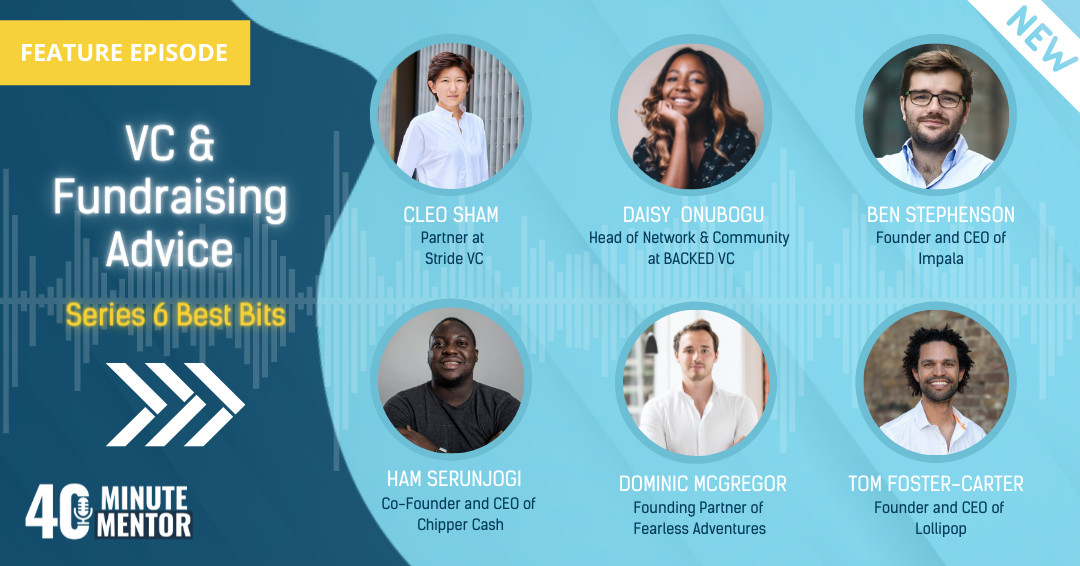 Series 6 of 40 Minute Mentor might have come to a close earlier this month, but with another Series filled to the brim with advice …