Leadership Lessons From Google And Just Eat with Adrian Blair 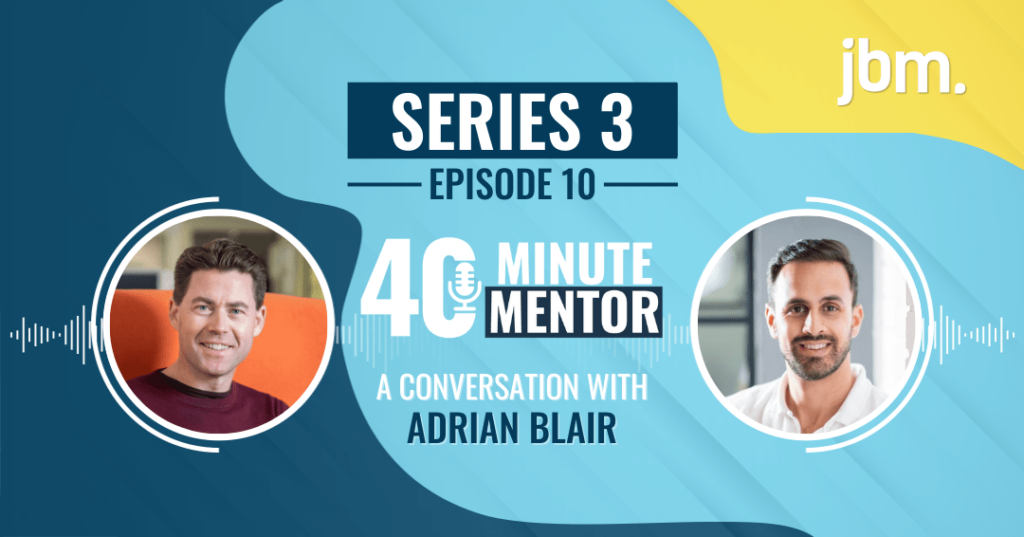 The Importance Of Recruiting The Right Talent with Zoe Jervier Hewitt 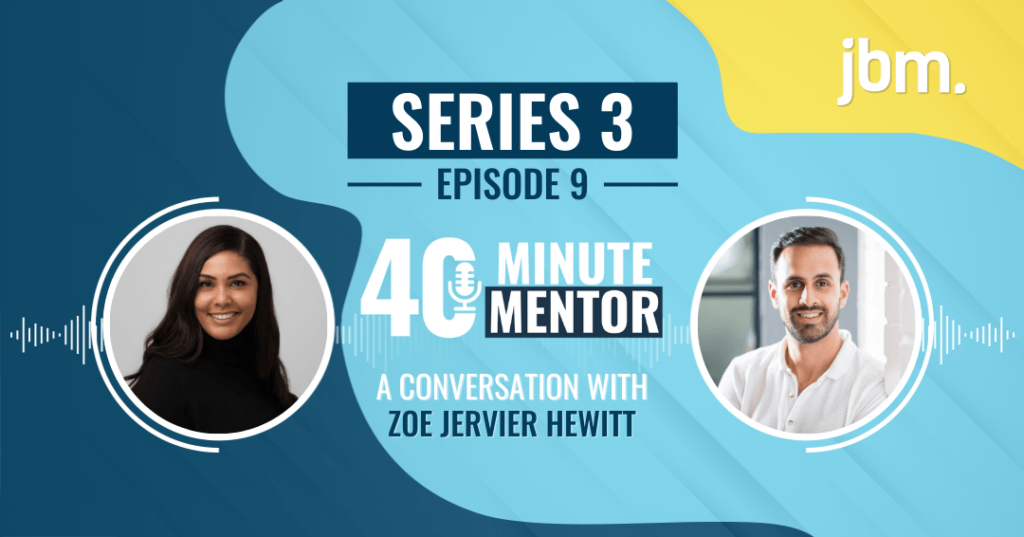 Harnessing The Power Of Open Banking with Stefano Vaccino 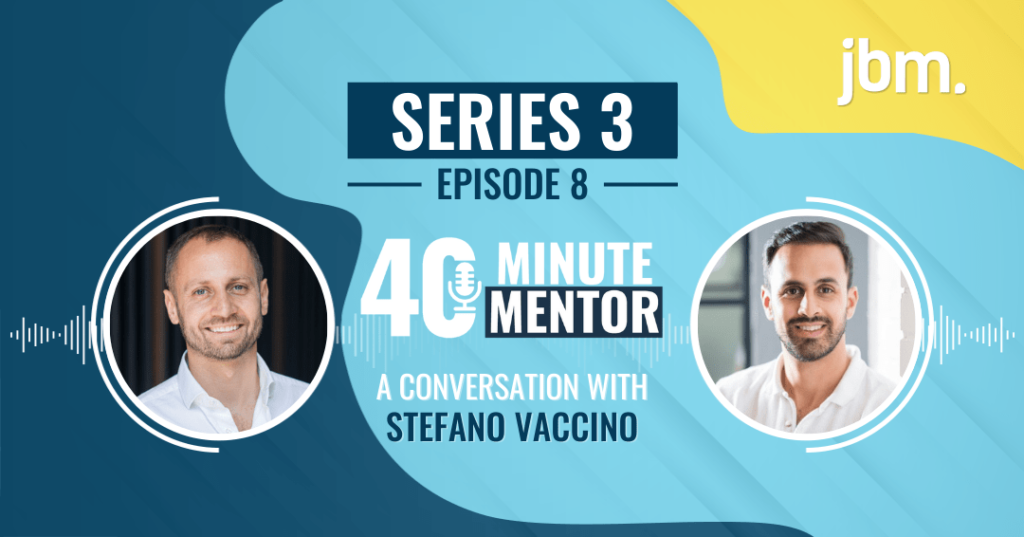 In this 40 Minute Mentor episode, we’re joined by Stefano Vaccino of Yapily.

Leading a Business Away From HQ with James McClure 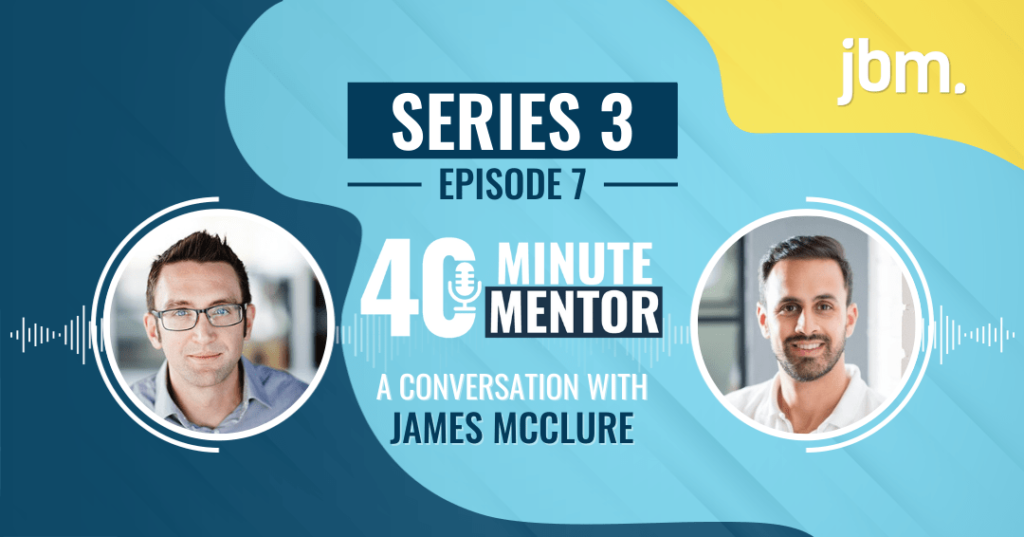 After eight successful years at Google, James joined what was at the time a little known travel tech firm called Airbnb to lead their business in the UK and Northern Europe. Over 3.5 years he had significant successes, as well as having to overcome a fair few challenges, before he moved to another US Headquartered […] 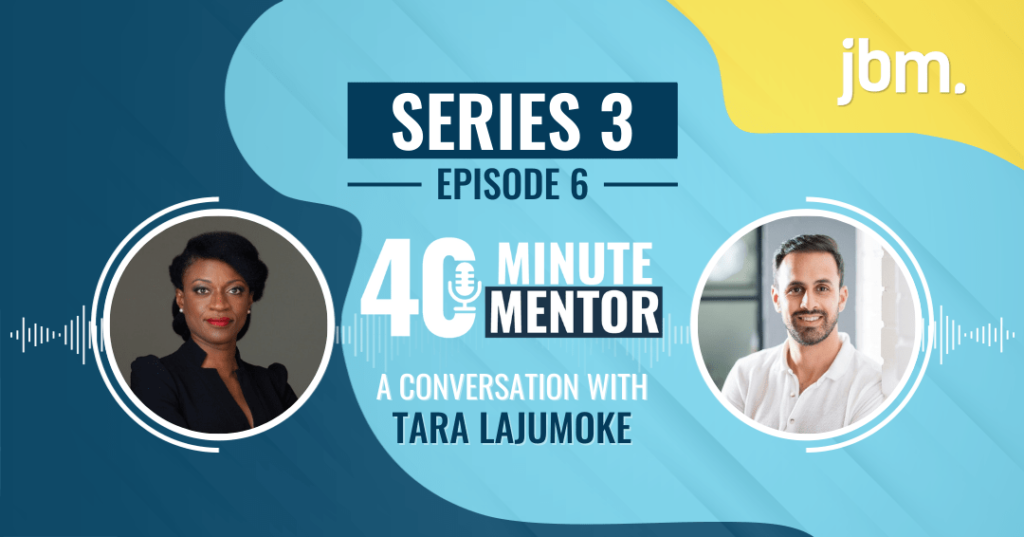 Our 40 Minute Mentor in this episode is the brilliant Tara Lajumoke, Managing Director of FT Strategies’, the Financial Times consulting arm. After starting her career at Goldman Sachs, Tara moved in to consulting at McKinsey where she progressed to Junior Partner before taking the bold and entrepreneurial move in March 2020 to move to […]

Building A World Cup Winning Team Culture with Will Greenwood 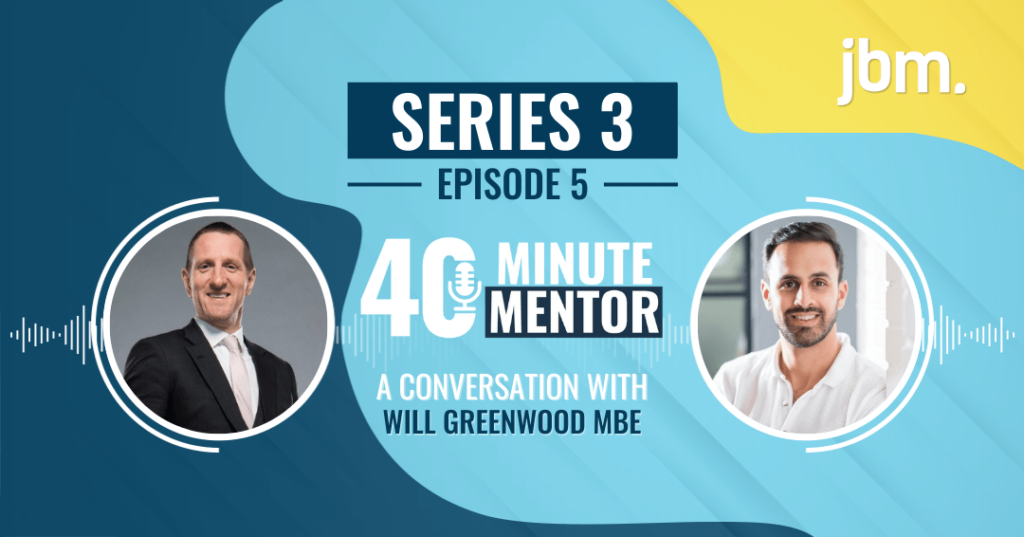 Today’s guest and your Mentor for the next 40 minutes is an England Rugby legend, a hugely popular broadcaster and journalist, and a successful business owner – Will Greenwood MBE. If you’re a Rugby fan Will needs no introduction, but for those of you who may not follow the sport, Will is one of the […] 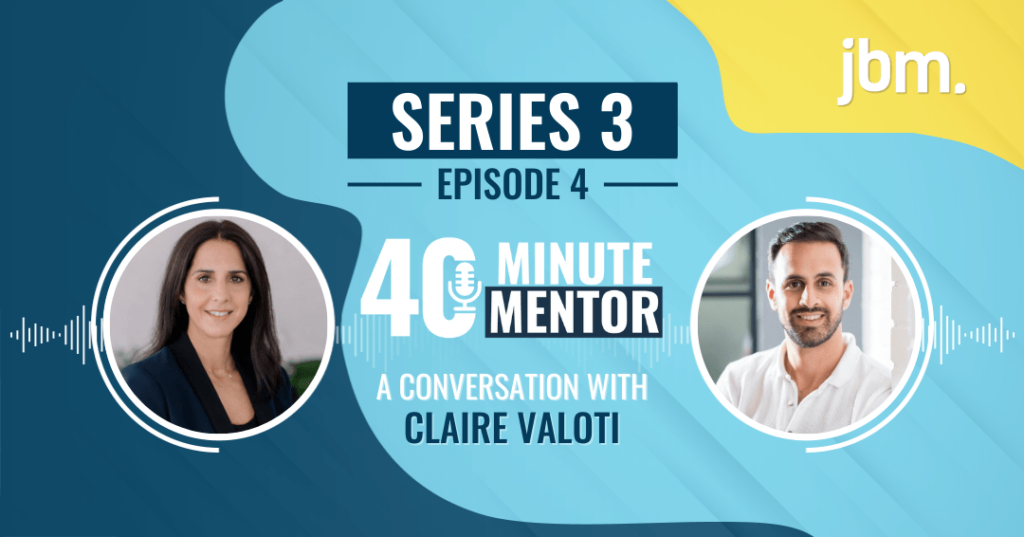 Today’s guest and your Mentor for the next 40 minutes is the incredible Claire Valoti from Snapchat. Having completed a degree in politics, Claire quickly realised that this wasn’t going to be the career for her and pivoted into marketing and advertising, spending a number of years at Mindshare before making the move into Tech […] 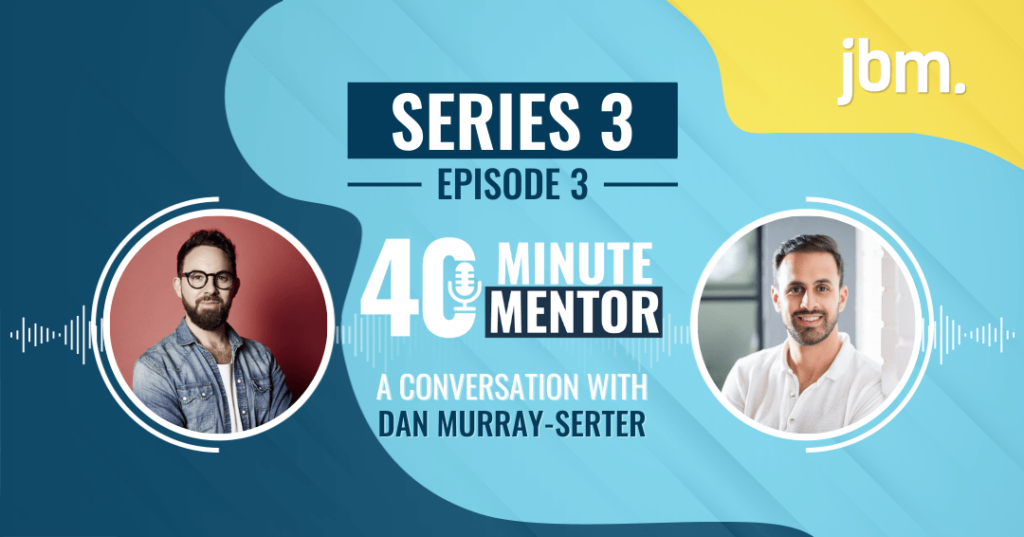 In today’s episode of the 40 Minute Mentor, we had the pleasure of interviewing fellow podcast host and serial-entrepreneur, Dan Murray-Serter. Dan is Co-Founder of Heights, the holistic brand for the brain, and Co-Founder and Host of the UK’s number 1 business podcasts, Secret Leaders – one of my personal favourites. Despite initially wanting to […] 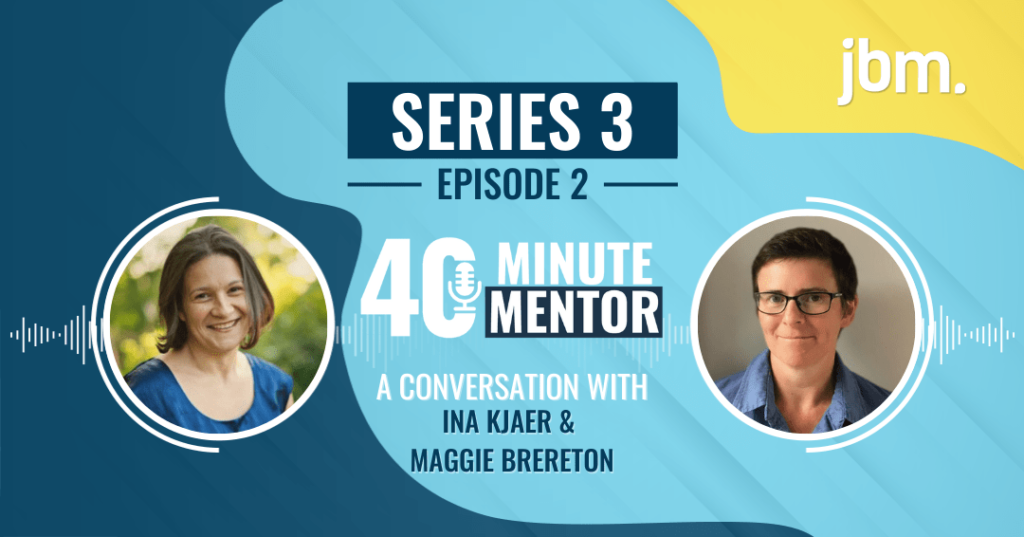 In today’s episode of the 40 Minute Mentor, we get the privilege of speaking to not one, but two inspiring mentors – Ina Kjaer and Maggie Brereton from EOS Deal Advisory. Following successful careers as senior Partners within KPMG’s deal advisory business, Ina and Maggie took the bold decision to leave with a determination to […]

Behind The Doors Of Number 10 Downing Street with Sam Gyimah 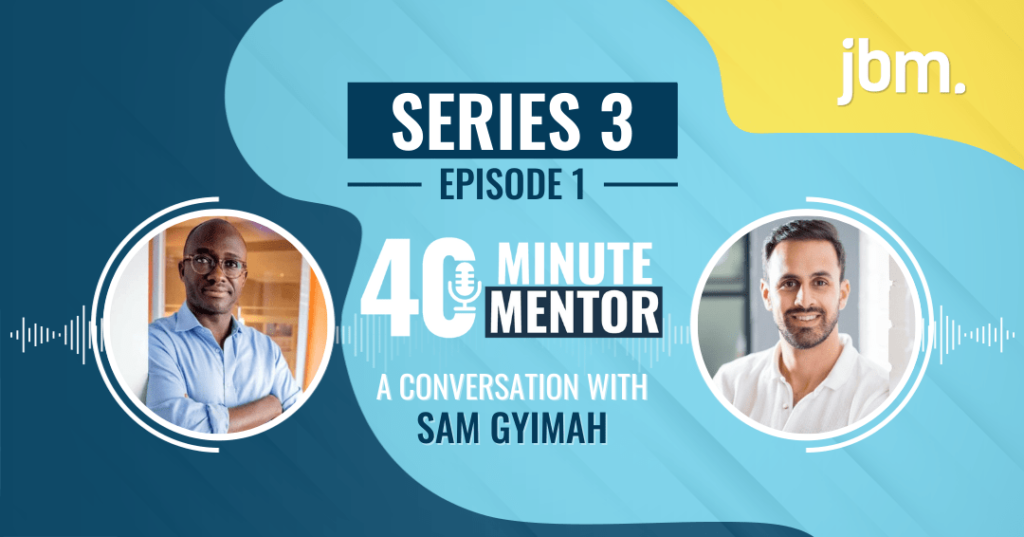 The world of politics has always been an intriguing one to us, so we were especially excited when Sam Gyimah, the Former UK Minister for Science, Technology, Universities, and Innovation, agreed to be on the 40 Minute Mentor. Sam was born in the UK but raised in Ghana before returning to study PPE at Oxford […]